Lynchburg Baker, Entrepreneur Looks Back on a Decade of Success | Business premises 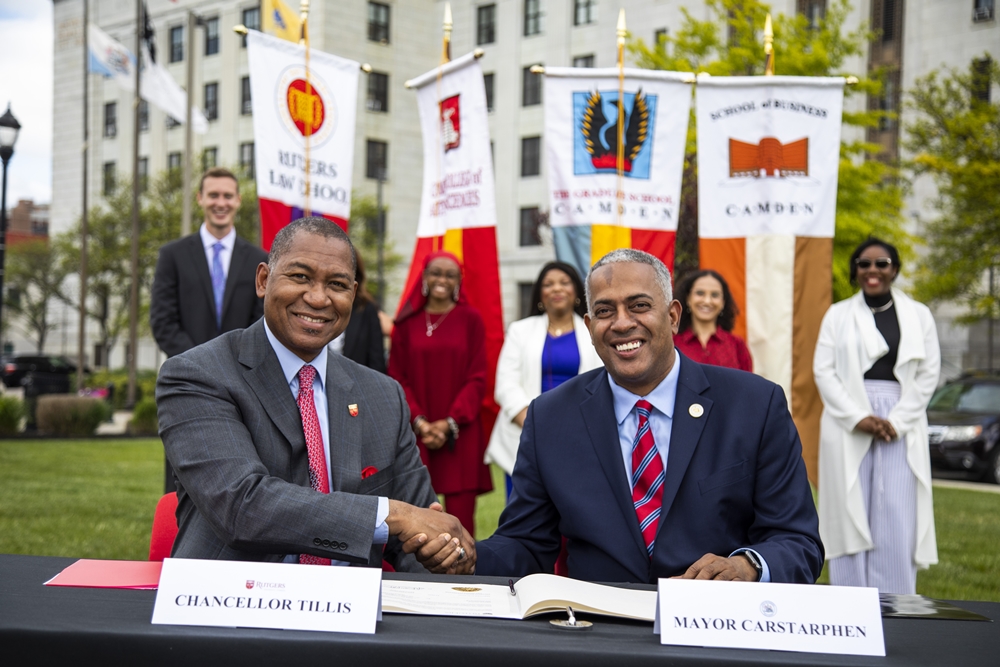 Still, Mrs Joy’s Absolutely Fabulous Treats has been in business for 10 years, has a bright yellow storefront at 1008 Commerce St., and Joyner has appeared on the Food Network multiple times.

“But what’s amazing is that the first year I learned to cook,” Joyner said. “My kids will tell you that I never baked birthday cakes for them. It was Sam’s Club back then.

The bakery business was almost an accident.

Ten years ago, Joyner was a student at Lynchburg University working on her degree in graphic design. She was tasked with creating a business where she could design packaging and brand the product, from start to finish.

Wanting to create something family friendly, she created a fake bakery and learned from YouTube and Google how to bake treats to fit in the wrapper she designed.

She got a gig at the Lynchburg Community Market by selling shortbread and other treats in the wrapper.

With this, Mrs. Joy was born and she decided to make baking a reality.

“Who knew this was going to turn into something real? I just started this fake business and then learned to cook,” she said.

Joyner said she’s been proud to represent Lynchburg over the years on the Food Network, but her first appearance was just luck of the draw.

In 2015, she won the Food Network Christmas Cookie Challenge as well as $10,000 to help establish her storefront, which she did the following year.

“I had probably only decorated cookies maybe a handful of times when I went on the show,” she said. “I only had six recipes and I was like, ‘God, if I need more than that, I don’t know what I’m going to do, because that’s all I have,’ and I ‘ve used all six of them. and won.”

As the host introduced the contestants, Joyner said there were established bakers, former NFL player and cookie decorator Martha Stewart, and Joyner wondered why she was on the show.

“I’m a software support analyst who works the market on Saturdays,” she remembers thinking. “I was terrified for about five seconds and then remembered that I had been praying up to this point that if it was for me to be here, then I would be. So I got over it. very quickly. “

In 2017, she returned to fight bakers in the network’s “Dessert Games” and in 2019, Joyner competed in the Food Network’s “Haunted Gingerbread Showdown.”

In 2021, she was featured on “Project Bakeover,” where her store received a complete makeover.

Even with those accolades, Joyner doesn’t consider himself successful — yet.

“It’s hard trying to find the ingredients, hard to get capital to pay for these things because the prices have doubled since we started,” she said. “And now we have to pay more for the minimum wage, and so everything goes up accordingly.”

Always on the lookout for new clients, Joyner created a video on the social networking app TikTok last year where she posts cooking tips and flops. But she never shares recipes.

“I didn’t want to do what everyone else was doing; I just do me. I don’t do a lot of music in videos. I don’t do a lot of dancing because it’s not my thing, and I don’t share my recipes. I’m not doing this because I’ve worked really hard for my recipes,” she said. “I don’t feel like I should take a decade to create this stuff and then give it away.”

Last fall, she launched a new website that ships her baked goods nationwide, earning her three to four times what she earns from store visits.

“You have to start stepping out of your comfort zone when things have worked this way from the start, and then there’s this hiccup called the pandemic that made you think, ‘OK, so now we have to do something different. because the same old ways aren’t ‘gonna work anymore,’” she said.

Joyner is his worst critic.

“I feel like if all my bills are paid and I don’t have any debt and I have a paycheck that comes in regularly, then I’m a success,” she said. “I can see that happening next year.”

When reminded that Joyner had been in business for a decade, loyal customer and friend LoisAnn Pfister replied, “I’ve been eating her caramels for 10 years; don’t remind me!

Pfister said its relationship with Joyner began when Joyner was installed in the market.

“I’m a sucker for all things caramel, so when I started buying it, I was sold for life,” she said.

The business relationship quickly turned into a friendship, and Pfister helped Joyner with some advice as she opened her storefront in 2016.

Joyner also made all the cupcakes and cake for Pfister’s daughter’s wedding.

“She’s still growing and she’s still exploring and seeing what else is out there and what else she can do to expand her product line,” Pfister said. “She’s good at experimenting and trying new things and she’s such a talented artist. I feel like in some ways she still has more untapped potential and how to use that to drive profitability. She’s just, she’s really, really talented.

For too many years, Joyner said, she worked for people who treated her like she was indispensable.

“I know how it feels and I know when people come to work I let them know how important they are,” she said. “And if they ever get to the point where they don’t like being here and it’s time for them to leave, I don’t hate their guts. This is not an airstrip; it’s more like a stepping stone. They are supposed to learn how to be a good employee and find another job that can pay for what they need to support themselves.

When 19-year-old Ke’vona Covington started working at Mrs. Joy almost two years ago, she knew nothing about baking, but over time she learned and found that the job was the best that she ever had.

Covington, a first-generation student attending Virginia Commonwealth University, said Joyner has been a big help guiding her even outside of work.

“It was amazing,” she said. “[Joyner] is an amazing person. She is like a second mom to me. She helped me with college applications and taught me what to do while I was there.

When Covington comes to work, it doesn’t feel like work, she said.

“I feel like I’m just here with my family and I love the environment and I love that it’s black owned,” she said. “That kind of inspires me a bit.”

All of this is what makes Joyner feel like a success.

“It’s important to me to teach my employees a good work ethic and when they leave they let me know it was the best job they’ve ever had and they look forward to the future. because they know what it’s like to have a good boss and be a good employee, that’s what’s important to me, and if that’s what has been accomplished, that’s what gives me the feel like I’ve succeeded,” she said.

Get the latest local business news FREE to your inbox every week.