A detour to remember | Free from all ties

Jason Jones July 31, 2022 Graphic Design Comments Off on A detour to remember | Free from all ties 8 Views 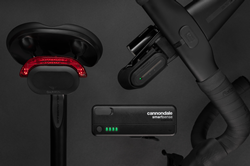 Ž”But even Hitler cannot damage the hills.” A few days ago, this famous Beatrix Potter quote started making sense to me.

I first heard the name Lake District from my course director Stuart Durant in Kingston during one of our weekly discussions about the art/design/architecture influencers of the Dada and De Stijl movements, Kurt Schwitters being the one of them, who lived in Ambleside, Lake District in his later years (1940-1948). Born in Hanover, Germany in 1887, Kurt Schwitters had a long and varied career, working in the visual arts, graphic design and poetry. Yet much of his art belongs to his individual art movement, Merz. The fourth of his Merz Barn was meant to be a permanent structure in Ambleside, a small town in the Lake District, where Schwitters could display his existing work. When he died in January 1948, it remained unfinished. In 1965, after lengthy discussions about the future of the barn, the Merz Barn Wall was handed over to Newcastle University, who undertook its removal, restoration and preservation.

Durant also had a holiday home in the Lake District like any other Englishman who wishes to spend his summers in this inspiring, picturesque, serene and whimsical English Lakeland. He would say that his creative ability and reading ability intensified around this place. Many other teachers, seniors and friends agree with this free time therapy from daily city life, but a few do not. The Lake District is a mountainous region in the northwest of England, in the county of Cumbria on the border with Scotland. A popular holiday destination, famous for its sixteen designated lakes – Windermere being the most important of these – among dozens of ponds, tarns, forests and mountains. The Lakes District’s association with William Wordsworth’s childhood home and gardens in Keswick, the John Ruskin Museum in Coniston and the Laural and Hardy Museum in Ulverston makes this place all the more enjoyable.

As we embarked on a long-awaited road trip from Birmingham to the Scottish Highlands, we decided to stop over in the Lake District for a few days before heading further afield. All highways and associated A-roads are well connected and smooth throughout the journey. Once you pass through Lancaster on the M6, you come across a number of Lake District signposts in various places. We drove out of Crooklands on the A590 straight towards Ulverston, enjoying great views across the peninsula. When we approached our hotel it was around 7pm and a large white structure at the top of Hoad Hill greeted us – Sir John Barrows Monument. This highly visible memorial – which looks almost like a colossal lighthouse – overlooks the town of Ulverston and can easily be seen for miles around. We were going to hike to the monument, which sits atop Hoad Hill 450 feet high.

The Lake District’s association with William Wordsworth’s childhood home and gardens in Keswick, the John Ruskin Museum in Coniston and the Laural and Hardy Museum in Ulverston makes this place all the more enjoyable.

The next day we needed to start our journey to the monument early in the morning – preferably around 9:00 am – to avoid clouds and possible precipitation as this would naturally restrict our view from the top. A city dweller’s eye is trained to see at a distance, whether it’s the next red light or the vague image of the tallest building downtown, or just a little Cash & Carry on the road where we live. It’s different from seeing at a distance with a pair of eyes not accustomed to the optical field. We barely made it to the central visitor parking lot on Brewery Street at 10:30am near the city center. The easiest way to get to the monument was to take the footpath through Ford Park, following the exposed blue pedestrian signs on Hart Street. According to the locals, we had two choices: turn left on Ford Park Crescent to follow the park boundary or go through the park entrance and follow the paved road to the cafe and walled garden. Both routes take about the same time to reach the monument. We chose to walk through the park and continue following the signs, joining the alternate route around the park boundary, which seemed relatively longer but a bit easier with distinctive flora and fauna all around. Horses, cows (tagged with yellow plastic badges in the left ear) and herds of sheep grazing fresh grass. An old English couple, Joanna and Edwin, also started this little journey with us. They were full of mental and physical energy.

We finally reached the top after a 30-40 minute hike. The view at this location was breathtaking mainly because of the sky which was just stunning with white clouds playing hide and seek with the sun. The monument commemorates Sir John Barrow, who was born in Ulverston in 1764. Sir John was a founding member of the Royal Geographical Society and held various government posts in the 19th century, before becoming Second Secretary to the Admiralty. This 100ft tower was erected in 1850 at a cost of £1,250, paid mainly by public subscription. The monument is not a beacon: it has never had a functional light. It is a Grade II listed building, constructed from locally quarried limestone. The hollow tower can be climbed by a stone spiral staircase of 112 steps. At the top, eight openings offer a 360 degree panorama over the Furness Peninsula, Morecambe Bay and the southern Lake District.

It was not fun to stay there long, as it was windy and cold even in July. We started descending after taking some memorable photos. Our next stop was Priory Plie. A local gentleman had told us this was the best place for fish and chips in all of Ulverston. He was right. It was the most delicious fish I have ever eaten.

The next day, I woke up early out of curiosity and excitement to visit the Laurel & Hardy Museum, a small private museum run by friends of the very famous comedy duo. Their connection to Ulverston was established as Stan (Laurel) was born there on June 16, 1890. He appeared with his comic partner Oliver (Hardy) in 107 shorts, features and cameo roles. This small museum has a number of visuals and materials to look at, including thousands of miniature figurines donated by fans to be kept safe and celebrated here. Their production posters, certificates, vintage photos, dresses, and various bowler hats were worn by either Laurel and Hardy or their fans. The semiotics of the bowler hat makes me think of multiple visuals. Helpmates (1932) was one of their funniest offerings in this regard, in which Hardy calls on Laurel to help clean up the mess at a weekend party before his wife returns – you have to watch the remains to understand the essentials. It is indeed hilarious. Charlie Chaplin wore the hat and made it iconic. René Magritte, a Belgian surrealist artist well known for creating several witty and thought-provoking images, used the idea of ​​a man wearing a bowler hat in many of his paintings. The son of the man (The Son of Man) and a man in the bowler hat (Man with Bowler Hat) both painted in 1964; being my favorite. As the writer Karen Chernick mentions in one of her articles, “the melon… is not a surprise”, said Magritte in 1966, “it is a hairstyle which is not original. The man with the melon is only a bourgeois in his anonymity. And I wear it. I’m in no rush to stand out. Alex DeLarge, a fictional character portrayed as a sociopath in the novel by Anthony Burgess A clockwork orange robs, rapes and assaults innocent people. Malcolm McDowell later plays him wearing the bowler hat in Stanley Kubrick’s film adaptation of the same name.

The next two days were filled with fun. We tried to explore most of the Lake District and surrounding areas including Wray Castle, Bowness-on-Windermere, Ullswater and Derwent-water lakes, Ambleside and local forests. I wanted to visit a small museum in Derwent called The Pencil Museum and The Mining Museum as Cumbria is famous for mining and extracting lead, copper, zinc, graphite and coal since the Roman era. But due to a lack of time and having teenage travelers with us who cared the least about anything, we decided to spend some quality time in our hotel dining room and sleep early before resuming. our way to Scotland the next day.

Previous Where’s the meat? Addressing a bottleneck in the meat supply chain vital to farmer profitability
Next Only 44% of women have sufficient emergency savings. Here’s how to build yours

Free fonts are great, and there are thousands on the web to choose from. The …