‘Who is who?’ With Redshirt Freshman Jacqueline Cornell

Free fonts are great, and there are thousands on the web to choose from. The problem is, however, that most of them can be a bit overused or underwhelming. So how can you save money on type while still getting the high quality you expect from a paying asset? Two words: Google Fonts.

First released in 2010, Google Fonts is a repository for open source typography projects, and they’re generally very high quality. They are also completely free, with no strings attached. For example, there are no donate buttons, so you won’t be spammed with requests to buy a fuller version.

Additionally, you can use Google Fonts in personal and commercial projects. You can modify them without asking for permission and use them in the design of logos for customers and in any product you sell.

Technically, Google Fonts is also very easy to use online. Rather than messing around with multiple font files, you can use the Google Fonts CSS API to embed fonts directly on your website. And they’re lightweight and compressed, so they load easily and quickly.

So how do you choose the best Google Font for your project? First, you’ll need to check if it’s suitable for the design elements you’re using. Some fonts, for example, are suitable for normal-sized body text but not for large headings, and vice versa. You’ll also want to know that the font family contains all the features you need. For example, is the font available in a sufficient range of weights and styles? Do you need multilingual support, numbers, fractions, etc. ?

You will also have to take into account readability: it is worth, for example, to compare the O and the 0, the l and the 1, to see how much they differ. And if you need a lot of design flexibility, are there multiple optical widths and sizes (different versions of a font meant to be used at different sizes), or is the font available as a variable?

With all that in mind, here’s our pick of 20 great Google Fonts to get you started. They’re free and quick to download, with no obligation, so why not try them all?

DM Sans is a low contrast geometric sans serif design intended for use in smaller text sizes. It was designed by Colophon as an evolution of the Latin part of ITF Poppins by Jonny Pinhorn. It supports a set of extended Latin glyphs, allowing typesetting of English and other Western European languages.

Space Grotesk is a proportional sans-serif based on the fixed-width Space Mono family from Colophon (2016). Originally designed by Florian Karsten in 2018, it retains the idiosyncratic details of the minivan while optimizing for readability at non-display sizes.

Led by Swedish software designer Rasmus Andersson, Inter is a variable font designed for computer screens, with a high x-height to aid in the readability of mixed-case and lowercase text. It also includes several OpenType features, including tabular numbers, contextual alternatives that adjust punctuation based on the shape of surrounding glyphs, and a slashed zero when you need to disambiguate the zero of the letter O.

Eczar is designed to bring liveliness and vigor to multiscript typesetting in Latin and Devanagari. Offering a solid mix of personality and performance, both in text sizes and display settings, this font family offers a wide range of expression. The display qualities of the design intensify with a corresponding increase in weight, making heavier weights best suited for titles and display.

Loosely based on early Grotesques, such as those by Stephenson Blake, Miller and Richard, and Bauerschen Giesserei, Work Sans is streamlined and optimized for screen resolutions. For example, diacritics are larger than they would be in print. Regular weights are optimized for on-screen text use at medium sizes (14-48px), while those closer to extreme weights are better suited for display use.

In 2018, Mikhail Sharanda designed Manrope, an open source family of modern sans serif fonts. A cross of different font types, it is semi-condensed, semi-rounded, semi-geometric, semi-din, and semi-grotesque. It uses minimal line thickness variations and a semi-closed aperture. In 2019, Mikhail collaborated with Mirko Velimirovic to convert it into a variable font.

Led by Berlin-based type foundry Carrois, Fira is designed to integrate with the typeface of Mozilla’s FirefoxOS. More broadly, this family of characters aims to cover the readability needs of a wide range of terminals varying in screen quality and rendering. It comes in three widths, all accompanied by italic styles, and includes a Mono Spaced variant.

Released by ParaType in 2010, PT Serif is a pan-Cyrillic font family. A transitional serif typeface with humanistic terminals, it is designed for use with PT Sans and is harmonized across metrics, proportions, weights and design. Normal and bold weights with corresponding italics form a standard font family for body text. Meanwhile, two callout styles in normal and italic are for use in small point sizes.

Cardo is a large Unicode font specially designed for the needs of classics, biblical scholars, medievalists, and linguists. It also works well for general composition in projects looking for an “old world” look. Its large character set supports many modern languages, as well as those required by academics. The font set includes ligatures, old-fashioned numbers, true small caps, and a variety of punctuation and space characters.

A contemporary font with roots in calligraphy, Lora is well suited for use in body text. Characterized by subdued contrast, brushed curves and serifs, it effortlessly conveys the mood of a modern day story or art essay. Optimized for screens, it also works well in print and has been updated with a variable font since 2019.

Inspired by John Baskerville’s lettering and late 18th century “Scotch Roman” designs, Playfair is a transitional display font with high contrast and delicate hairlines. Suitable for use in larger sizes, it works well with Georgia for body text.

Roboto is a neo-grotesque sans serif font family originally developed by Google as a system font for its Android operating system. It has a mechanical skeleton and the shapes are largely geometric, with friendly, open curves. Providing a natural reading rhythm more commonly found in humanistic and serif types, the regular family can be used alongside the Roboto Condensed family and the Roboto Slab family.

Conceptualized by Bonjour Monde and designed by Lucas Descroix with the help of Arman Mohtadji, Syne was originally designed in 2017 for the Parisian art center Synesthésies. It represents an exploration of atypical combinations of weights and styles and is a good choice for anyone open to making radical graphic design choices. A Greek script designed by George Triantafyllakos was added in 2022.

Libre Baskerville is a web font optimized for body text, typically 16 pixels. It’s based on American Type Founders’ classic 1941 Baskerville, but has a taller x-height, wider counters, and a little less contrast, so it works well for on-screen reading. .

Anek is a new interpretation of the letter traditions of India. In its most condensed capsular forms, the structures remain compact, providing a graphic texture. At the broad end of the spectrum, the extra legroom allows each letter to yawn and stretch into its message. And at the boldest weights, it’s ideal for titles and wordmarks. Anek is available in 10 scripts: Bengali, Devanagari, Kannada, Latin, Gujarati, Gurmukhi, Malayalam, Odia, Tamil and Telugu.

Created by Andrew Paglinawan in 2008 using geometric shapes as a base, Quicksand is a sans serif display with rounded terminals. It is best used for display purposes, but is still readable enough to be used in small sizes as well. In 2016 it was extensively revised by Thomas Jockin, and in 2019 Mirko Velimirovic converted it into a variable font.

The cormorant is a family of serif typefaces inspired by the 16th century designs of Claude Garamont. It includes a total of 45 font files covering nine different visual styles and five weights. Cormorant is the standard version, Cormorant Garamond features larger counters, Cormorant Infant features a single-stage a and g, Cormorant Unicase mixes lowercase and uppercase shapes, and Cormorant Upright is an italic design.

Alegreya is a typeface designed for literature. It conveys a dynamic and varied rhythm that facilitates the reading of long texts and translates the spirit of calligraphic lettering into contemporary typographic language. This “super family,” which includes both sans and serif families, provides strong, harmonious text.

Poppins is a geometric sans that supports Devanagari and Latin writing systems. Many Latin glyphs, such as the ampersand, are more constructed and rationalistic than usual, while the Devanagari design is the very first typeface with a weight range in its genre. Both are based on pure geometry, especially circles. Each letterform is nearly monolinear, with optical corrections applied to line joints where necessary to maintain consistent typographic color.

Previous Three Surprises at Apple’s Far Out Event You May Have Missed
Next Press Release: NDtourism.com Recognized as “Outstanding Website” by the Web Marketing Association 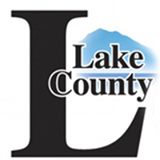 What a beautiful fall we had. It looks like winter is going to try to …